Monday morning started with the opening keynote. At the same time the Dutch soccer team played Chile (which the Dutch won with 2-0). A small Dutch delegation went to watch the game, all dressed in orange, I was one of them.
During the keynote the location of Kscope 2015 was announced: Hollywood, Florida.
Lunch was special, there were lunch and learn. There were "reserved" tables were you could sit on and talk tech with ACE Directors. We had some nice discussions at the table that I sat on, including the soccer game. 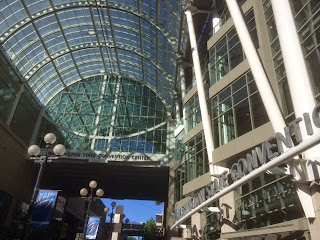 After lunch I went to see a session by Kris Rice on the Oracle Rest Data Services (formely known as the APEX Listener) Best Practices and Features.
The first (and the last) thing he pointed out that should must change the following settings: Kris also spend some time on ICAP which stands for Internet Content Adaptation Protocol. This will scan all file uploads for viruses before it reaches the database. They needed that for the Oracle Cloud services.
In the APEX Listener you could use PL/SQL for URL validation, nowadays you can also use Javascript for these validations. Even though the demo didn't go as smoothly as Kris would have wanted to, the point was clear. There is no database hit, it is handled in the ORDS.
The Rest filtering option looks really interesting. With these rules you can add filtering options before you do down to the database. Definitely something I need to look into more closely, it sounds very interesting.
There is also a way to log all PL/SQL call and the bind variables, there is a sample_capture.sql (somewhere). It needs to have a certain signature which is specified in that sample script.
For version 3.0 there are a lot more features coming, like "Simplified Installation", "Client REST Filtering", "Bulk CSV Loading over REST", "Database 12.1.0.2 JSON Collections", a "New Plugin framework", and more...
The next session I went to was another one by Kris Rice, this time it was about "Creating RESTful APIs with Oracle Application Express Listener".
There are over 40 internal group at Oracle defining the REST standard. This means that if you know and understand how to interact with REST and ORDS, you also know how to interact with REST and Fusion.
After an introduction about what REST Data Services is all about, Kris continued with lots of demos including "SQL Injection as a Service".
In ORDS version 3.0 you can "REST enable" the table with a single click from SQLDev - very cool. 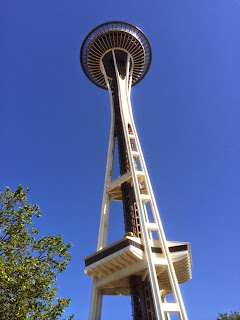 The final (regular) session of the day was by John Scott on "Testing APEX: removing the Boring from Testing".
He started of by comparing testing to Marmite, you either love it or you hate it.
The most fundamental of tests is Unit Test, followed by Integration Tests. Above that are Functional Tests and finally the Acceptance Tests.
John covered NodeJs, PhantomJs, CasperJs, SlimerJs and TrifleJs to help with testing. He did the demos with CasperJs.
He made a good point, and I am really interested in trying out CasperJs to do some testing.
Geplaatst door Alex Nuijten op 12:00 AM