On the last day of the DOAG conference, in the last time slot Patrick Wolf from the APEX development team did a session on the next release of APEX.
For the developer the most significant change in the Page Designer is the component view. This will be a tab in the center pane instead of a completely separate page. 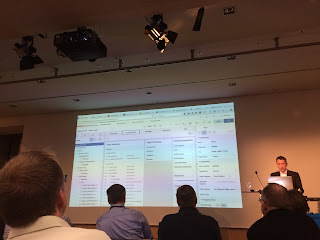 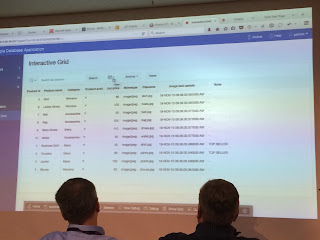 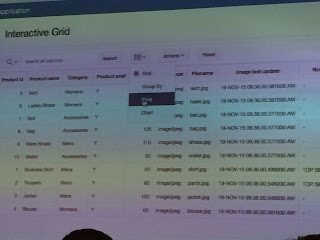 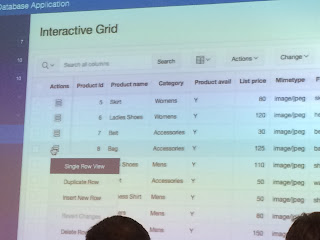 It is also possible to specify what item type will need to be used when you edit the field. 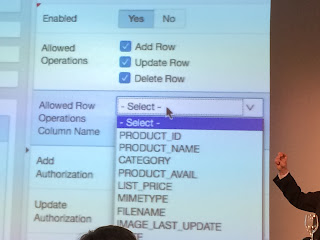 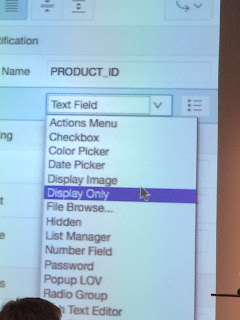 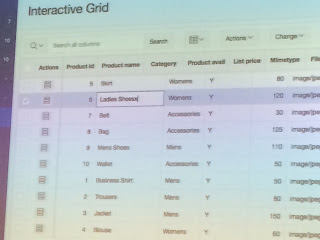 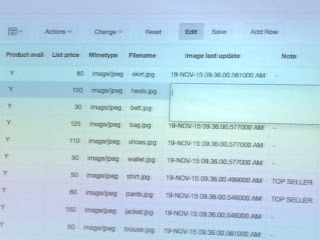 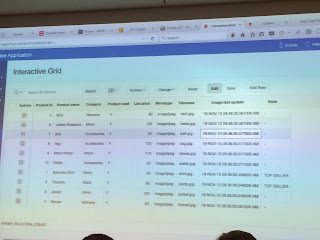 After this demo, Patrick showed the master-detail functionality, which also allows editing in the master and the detail. He described that only the changes are sent to the database when the save button is pressed. 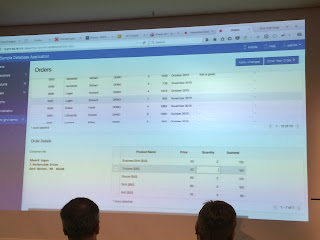 Of course the new charting engine was also shown and emphasized that not all chart-types available in Oracle JET will be created in APEX through a declaritive wizard.
In case you hadn't heard: the new charting engine for APEX will be using Oracle JET.
What surprised me was that Patrick mentioned that some charts in the JET toolkit don't offer the functionality which is currently provided in AnyChart (the current charting engine) and that in some cases they will continue to use AnyChart for those components. If I remember correctly this was the case for the maps. The European maps aren't as detailed as the APEX team would like them to be, but who knows by the time that APEX 5.1 is ready for release the JET charts might be up to par. 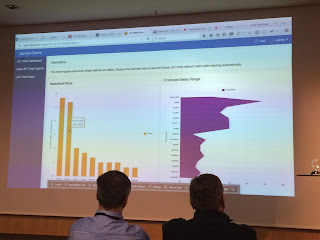 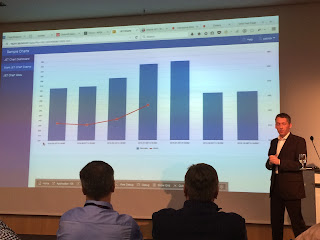 Declarative column group headers, the ability to move columns and creating an overflow report (just like the ones that you know from Oracle Forms) were also briefly demonstrated by Patrick.
All in all, a great last session showing a glimpse into the future of Oracle APEX.
Of course all of what is shown might not be in APEX 5.1, the first slide (after the title slide) was Oracle's safe harbor statement. 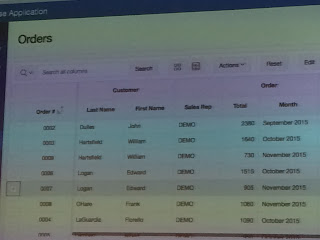