With an Interactive Report you can choose whether you want the Actions Menu to be shown or not. This has to be done by the developer. Of course the customer wanted to have this based upon the existing authorization scheme. How can you solve this? Dynamic Actions to the rescue. 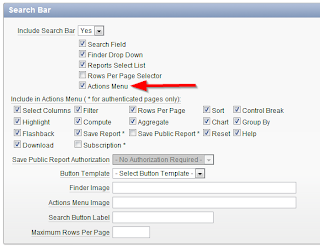 Go to the Interactive Report page where you want to base the Actions Menu upon the existing authorization scheme. And right click on the "Dynamic Action" in the tree view, and choose "Create". 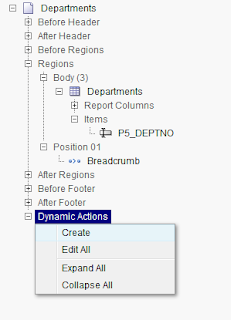 In the wizard that follows choose the "Advanced" option (no screenshot). Provide a name for the Dynamic Action, like "Hide Actions Menu"

The next step in the wizard asks when the Dynamic Action is supposed to fire, in our case we want it to fire when the Page Loads - and that's what we will pick from the list. 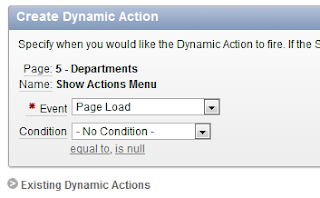 The action that needs to be taken is a little bit of javascript, actually jQuery.

This little bit of jQuery states: "Remove the element from the page which ID has a value of apexir_ACTIONSMENUROOT".
Because we don't want this Dynamic Action to control anything else, we can leave the next step default.

Now we're almost done, the last step is to get the Authorization Scheme attached to the Dynamic Action. 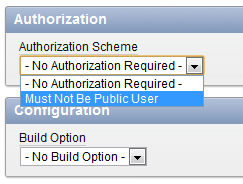 In this screenshot I only have "Must Not Be Public User", but you get the drift.
And there you have, an Actions Menu based upon an existing Authorization Scheme.


Why not with a simple Hide action?

When I showed this to my colleague Marc, he showed me that something similar can be done by a simple Dynamic Action. 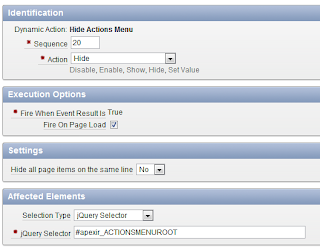 Arian (from the comments below) suggests to use the "After Refresh Region" event to implement this functionality instead of the "Page Load" event.
Using this event will prevent the Action button from appearing when the Interactive Region is refreshed.
Thank you for this suggestion, Arian.

Email ThisBlogThis!Share to TwitterShare to FacebookShare to Pinterest
Labels: APEX